Colleen Kettenhofen is an award-winning motivational business speaker, author, and workplace expert. A media veteran, she has appeared on numerous radio shows across the U.S. and Canada such as CBS Radio and Mancow Muller, and has written more than 40 popular articles on diverse workplace issues. A Coeur d’Alene, Idaho-based speaker, she is the author of SECRETS YOUR BOSS ISN’T TELLING YOU, based on hundreds of in-depth conversations with managers, executives and CEOs. Colleen reveals entertaining tidbits such as “Bosses’ Top 10 Biggest Pet Peeves,”  “7 Magic Prescriptions for Making Difficult People Disappear,” “How to Get a Great Job and Keep It – What Employers Look for on Interviews,” “How to Effectively Manage People–Especially Difficult People,” “workplace etiquette” and more.

Relationships 101 – Bosses’ Biggest Pet Peeves, and Celebrity Breakups
Dr. Beth (www.drbetherickson.com) spoke with leadership expert, Colleen Kettenhofen, author of Secrets Your Boss Isn’t TellingYou (www.BounceBackHigher.com) regarding the survey she did with 200 bosses about their top 10 pet peeves about their employees. We also discussed how bosses themselves are sometimes the problem.

“Colleen, we truly enjoyed having you on the show and look forward to having you back!” ~Kate Jackson, Producer

“Colleen, thank you for being on our show! I thought the interview was great! I really enjoyed the personal stories you shared. It showed that you’ve not only interviewed executives but you have experienced what you have written about.”  ~ Host,  Straight-Talk Live,  Sharron Goodman-Hill

“You did a great job! Perfect radio presence, and knowledge on the subject matter. We will keep you in mind for any future openings on the show.” ~ Producer, Nate Lee

“When listening to Colleen Kettenhofen, she was one of the most fascinating authors I ever worked with! It was a pleasure to have her on my show”.
~ Candice A. Adkins, WHUR-News Producer

“Fantastic, shoot-from-the-hip advice! Colleen Kettenhofen keeps you from stepping in the work place “land minds.” She knows her stuff!”

“Colleen, you were awesome! Even our producer said you had such a great delivery and were so animated. One of our best. I’ve been doing this more than 30 years, and you are as good as they get.”
~ Jack Elliott, Radio Host, Jack and Ron Show, # 1 rated radio show in Oklahoma City

“Colleen, we were so glad you were able to be with us this morning! You have an awesome voice, and it’s obvious that you really knew what you were talking about!”
~ Michelle Ventris, Producer, Jack and Ron Show

“Colleen is a great guest who is thoroughly knowledgeable regarding workplace issues and a real pleasure to visit with…I look forward to inviting her back on the program in the future. Thanks again for the great interview”!!
~David Leonard—Host of Alive At Five on AM 1450 KYNT Yankton South Dakota

KMPS FM 94.1 – CBS Radio Seattle July 27, 2011
“Colleen was a pleasure to interview and had great tips on employment for my listeners.  At a time in our history when so many are out of work and need to know how to both get a new job or KEEP the one they have, people like Colleen are needed to spread the word on how to brush up skills and stay in the game.  Both informative and entertaining, Colleen Kettenhofen is a great interview.”
~Bo Hudson, CBS Radio Seattle

“Colleen! Thanks so much for being on our show. We thought you were great! The personal stories were very interesting!” ~ Jill Crapanzano, Producer

The Talk of Connecticut – Leatherneck and Lace, WDRC AM 1360, with Brad Davis and Mary Jones – May 23, 2011
Bosses’ Biggest Frustrations with Employees, Dealing with Negativity at Work, How to Get a Great Job and Keep It – What Employers Look for on Interviews.

“Colleen, the interview was great! Thanks for your time and expertise! I’d definitely like to stay in touch regarding future segments!” ~ Mary Jones, Host

“Colleen, thank you! It was fun. You’re engaging, obviously intensely competent, and an expert in your field. Can’t wait for our next interview!” ~ Mike Walsh, Radio Host

The Puffman Show with Jerry Puffer KSEN AM 1150 May 13, 2011
Bosses’ biggest frustrations you must avoid at all costs, and dealing with difficult people, dealing with gossips, dealing with negativity at work.
“Colleen, thank you for a great interview! You are very good and I sincerely mean that. We’ll do it again.”
~Jerry Puffer, Host of Puffman Show

Dr. Stan Frager’s show 970 WGTK in Louisville, KY May 1st 2011
How to Get a Great Job and Keep It, also What Employers Look for on Interviews, plus the Top 6 Biggest Frustrations of Bosses and more.
“Colleen, you did an excellent job!”
~Kate Chawansky, Producer, Dr. Stan Frager show

Peter Anthony Holder – The Stuph File – Montreal, Canada – April 20, 2011
Bosses’ Biggest Frustrations
“Thank you for being a guest on The Stuph File Program to talk & share employers’ secrets and to talk about your book Secrets Your Boss Isn’t Telling You!”

Night Views Radio – New Jersey, March 10, 2011
“Colleen, We had a great time! You were a great sport and handled our on-air personalities very well. You are well versed and knowledgeable in the business world and maintain a sense of humor and warm personality. I thought you were spot on. You carry yourself perfectly in an interview and keep the conversation flowing which is a GREAT thing in radio and probably any other business and/or interview!”
~ Rob Saul, Producer and Co-Host, Night Views Radio

WCHE 1520 AM, The Raffaele Report – West Chester, PA  March 11, 2011
“Colleen, you did a great job! I enjoyed that interview! Thank you very, very much.”
~Michael Raffaele, Producer and Host

Only 3 Degrees with Denai Downs Vaughn – Texas  February 17, 2011
“Colleen, you are a GIVER. Your books, your website, your Social Media posts…they all emulate your giving spirit and passion. You exuded that in the interview today on Only3Degrees, too. Thank you for delivering such value. You are amazing! I know your episode will become an iTunes favorite for many. WOOHOO!!!”
~Denai Downs Vaughn, The Networking Queen and radio host.

CKWR 98.5 Waterloo Canada – December, 2011
“Colleen, I enjoyed our interview and think it went very well! In fact, it was more of a conversation rather than an interview which is the way I like it.”
~John Maciel, Producer/Host, KW Magazine (CKWR FM)

A “New Kind of Talk Show” is highly influential with women, and many of its topics penetrate into American pop-cultural consciousness.

Colleen is interviewed by Brian Greenberg on the Greenberg News Show….. 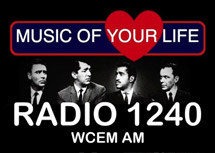 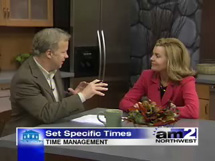